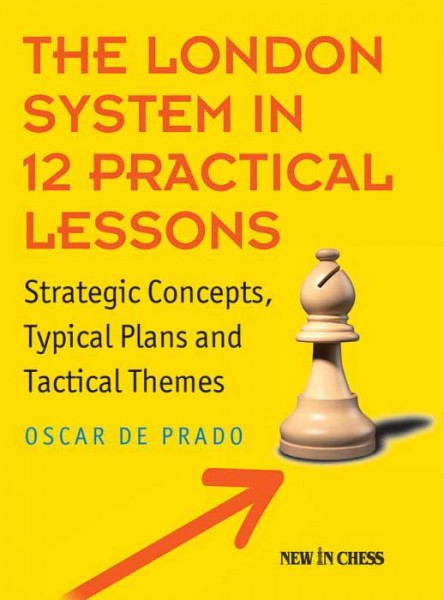 The London System is being played by an ever increasing number of players, and it’s easy to see why. Against virtually every Black defence after 1.d4 it offers White an easy-to-learn and reliable set of lines. In the process, White has interesting choices between strategic or more aggressive approaches, while avoiding loads of opening theory. Ideal for players who don’t have much time to study.

Creative elite players such as Alexander Grischuk, Baadur Jobava, Richard Rapport and even World Champion Magnus Carlsen have the London in their repertoire.

Following the enormous success of The Agile London System, the book he co-authored in 2016, Oscar de Prado revisits his favourite opening. The general focus is less on theory and has a more practical approach – although he does present recently played games and some important theoretical updates. De Prado avoids long and complicated variations and concentrates on explaining straightforward plans, clear-cut strategies and standard manoeuvres.

If you follow De Prado’s lessons you are unlikely to face surprises or to emerge from the opening in a worse position, and you will learn to make the right middlegame choices. Studying this book is the most efficient way to acquaint yourself with a flexible chess opening that is easy to learn and hard to counter.

Oscar de Prado Rodriguez (1973) is a FIDE Master from Spain. He has successfully been playing the London System for many years. In 2016 he published, together with co-author Alfonso Romero, the acclaimed The Agile London System.