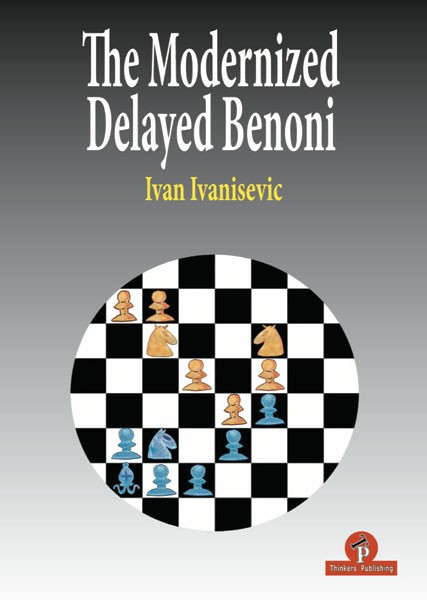 Beschreibung Bewertungen 0
Beschreibung
My aim in this book is to show that the Delayed Benoni is equally as attractive as its cousin,... mehr
Menü schließen
Produktinformationen "Ivanisevic, The Modernized Delayed Benoni"

My aim in this book is to show that the Delayed Benoni is equally as attractive as its cousin, the Modern Benoni. For some reason – perhaps because “Modern” sounds more exciting than “Delayed”? – my favorite Benoni has been neglected for years, receiving scant coverage in chess publications.

The advantage of “our” Benoni is based on a waiting approach. Black would like to choose a perfect moment to play …e6xd5, waiting for White to adopt some piece setup that turns out to be inconvenient for him after this exchange. At the same time, we would like to avoid some dangerous or deeply explored variations like the Flick-Knife (a.k.a Taimanov) or systems where White can place his bishop on the optimal f4-square.

A lot of variations in this book can also be useful for King’s Indian players, as a main or alternative way to play. My own journey in the world of the Delayed Benoni started when I was a King’s Indian kind of guy!

As every rose has its thorn, so White can annoy us by answering our …e6xd5 not with the routine c4xd5 but rather with e4xd5. This produces a completely different pawn formation, with an open e-file. White enjoys a space advantage but Black has his chances. And just as White can depart from the well-trodden path with e4xd5, so Black can dispense with the almost automatic …e6xd5 and instead play …e6-e5, producing a sort of King’s Indian formation. In the Main Line, covered in Chapter 4,
White has already played h2-h3 and this pawn can become a target when Black gets his kingside attack moving.

Our opponent can force us into a Modern Benoni, by playing f3 (Sämisch) or f4 (Four Pawns). I think that I have succeeded defending Black’s case, even finding some important nuances improving on the existing theory.

From my personal experience, the only way for White to achieve some advantage is the h3 and Bd3 variation with e4xd5, the Main Variation covered in Chapter 4. The problem for White, though, is that Black can answer that line in many different ways. So White must be thoroughly prepared and acquainted with all the nuances of our system. And even then, White’s advantage is just a “normal” one.

I give a different approach to this variation, three (!) different ways for Black to respond. The reader can also, through the game commentaries, see the development of the variation in my practice.

In my opinion, the Delayed Benoni is a kind of mystery for White also, since it has not been covered deeply enough in chess publications. So I think that this work could be useful for White players, too.