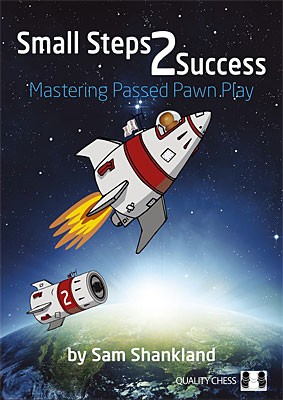 Pawn play is a fundamental aspect of chess strategy, yet often neglected in chess literature. In this, his second book on pawn play, Super-GM Sam Shankland sheds light on the vital topic of Passed Pawns.

Passed pawns – whether connected, lone or protected – are common occurrences in middlegames and endgames, and your effectiveness in playing with or against them will make the difference between victory and defeat. Just like in his previous book, Shankland breaks down each topic into a series of crystal-clear guidelines to aid the reader.

Sam Shankland is a world-class Grandmaster and a mainstay of the US national team. He won the 2018 US Championship and is a double Olympiad gold medallist with a 2700+ rating.