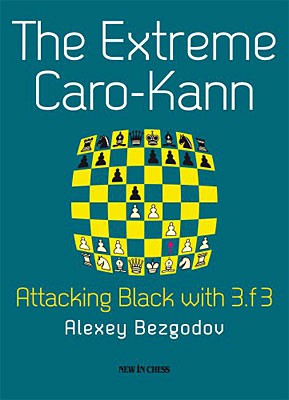 This strange-looking move was already played by former greats Geza Maroczy and World Champion Vassily Smyslov, but the idea has come to fruition in the hands of modern world-class players like Vassily Ivanchuk, Alexander Morozevich and Judit Polgar.

The move 3.f3! considerably complicates life for Caro-Kann players, as it makes Black s main problem bigger: the development of his bishop on c8.

Alexey Bezgodov (1969) is a Russian chess grandmaster and writer. He was Russian Champion in 1993 and came shared first in the 1999 Ukrainian Championship. In 2004 he published Challenging the Sicilian with 2.a3! , another highly original chess opening book.