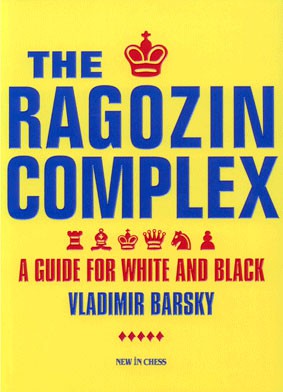 But what exactly is The Ragozin Complex Amazingly, this has never before been explained in a comprehensive book. Acclaimed chess author Vladimir Barsky has now filled this gap. He pays tribute to the legendary Soviet player and writer Isaak Lipnitsky whose ideas on the Ragozin were a part of his famous Questions of Modern Chess Theory, published in 1956.

While many of Lipnitsky s ideas are still of value today, The Ragozin Complex sizzles with fresh and topical material from recent times, systematically collected in seven chapters that explain all the plans and counterplans in the critical lines.

For the first time, amateurs can acquaint themselves with the intricacies of the Ragozin system and start playing this flexible opening with confidence. But also professional chess players will see many secrets of this system unveiled by this practical overview.

Vladimir Barsky (1969) is an International Chess Master, a successful coach and an experienced journalist from Russia. He has written several successful books on chess openings: The Modern Philidor Defence (2010), A Universal Weapon 1.d4 d6 (2011), and, together with grandmaster Alexander Morozevich, The Chigorin Defence According to Morozevich (2007).

How to study a Concrete Opening, by Isaak Lipnitsky