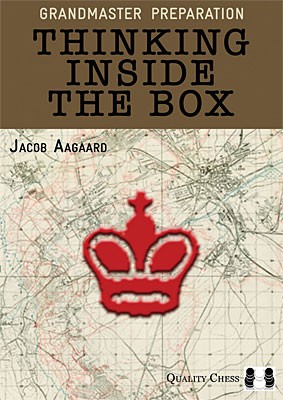 As the final volume in the award-winning Grandmaster Preparation series, this book unifies the concepts of the previous five books and delves into such topics as:

Thinking Inside the Box is the ultimate self-improvement guide, written for amateurs as well as world-class players.

Grandmaster Jacob Aagaard won the British Championship at his first and only attempt. He is the only author to have won the Boleslavsky Medal as well as the ACP, Guardian, ECF and ChessCafe Book of the Year awards. He trains grandmasters from four continents and has helped players win school tournaments, national titles, as well as international opens, the US Championship, the World Cup, the Candidates and two Olympiad gold medals.