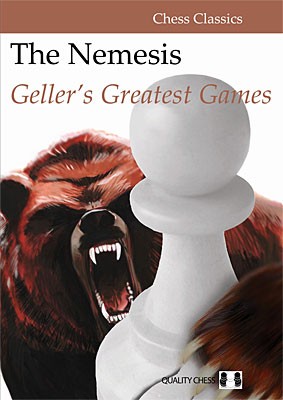 Efim Geller (1925-1998) was one of the giants of Soviet chess. Over his lifetime he beat the World Champions more often than he lost, and had healthy plus scores over Bobby Fischer and Mikhail Botvinnik among others. So he deserves the nickname of The Nemesis.

Geller never became World Champion but he won everything else – two Soviet titles, seven Olympiad team gold medals and three Olympiad golds for individual performance are just a few of his accomplishments. Geller crowned his long career by becoming World Senior Champion in 1992. Geller was also noted for his ability to share his wisdom – he coached World Champions Boris Spassky and Anatoly Karpov. In The Nemesis, Geller annotates over 130 of his greatest games with wit and insight.