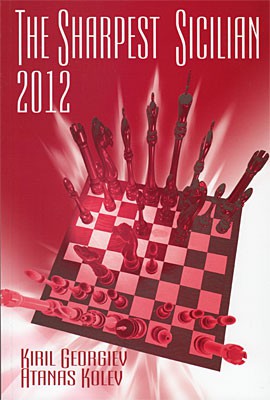 Five years after the first edition, the book was completely rewritten and redesigned. While remaining true to the original structure, this new edition underwent major changes.
The most notable one is the section devoted on the variation 6.Be3 e5. It was divided on two separate parts for the retreats 7.Nf3 and 7.Nb3. Both of them are totally new. For instance, Black's repertoire against 7.Nb3 Be6 8.f3 is now based on the topical 8...h5 where the authors analyse original new plans.
The Poisoned Pawn section has also been considerably changed to reflect the new discoveries in the 7.f4 h6 line.
The Fianchetto system now considers 6...e5, together with 6.g3 e6.
The 6.f4 system has been enriched with 6...Qc7 while retaining 6...e5 as a main repertoire.
6.a4 is now met by 6...e5, instead of 6...Nc6.
The rare systems also underwent a major update due to the increased popularity of lines like 6.h3 and 6.Qf3.
The book now includes games played until 25.09.2012.