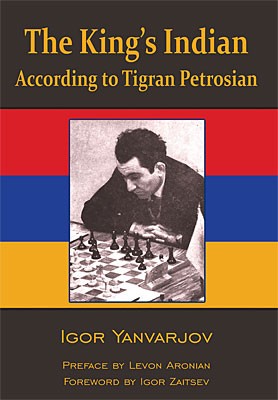 Tigran Petrosian, the ninth world chess champion, was one of the deepest thinkers the chess world has ever seen. His handling of complex strategic positions was legendary. Now, for the first time, Russian international master Igor Yanvarjov has put together a superb collection of virtually all the known games played by Petrosian – with both colors – in the King’s Indian Defense and other closely related Indian structures.

The author’s objective was, first of all, to reveal the richness of Petrosian’s chess world and to follow the strategic development of the King’s Indian Defense through the prism of Petrosian’s creative work. He does this with the presentation of almost 300 deeply annotated, complete games.

This splendid collection of annotated games will not only have enormous appeal to King’s Indian aficionados, but to all chessplayers who wish to expand their understanding of the strategic concepts underpinning the royal game as a whole.