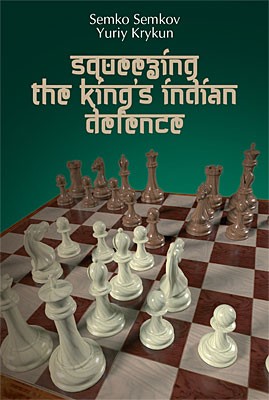 This book presents a full repertoire based on the Gligoric System against the King’s Indian Defence – 1.d4 Nf6 2.c4 g6 3.Nc3 Bg7 4.e4 d6 5.Nf3 0-0 6.Be2 e5 7.Be3. The key point of this set-up is that White does not commit his king to any flank, at least for a while. That makes Black’s thematic attack with ...f5-f4, ...g4 pointless and allows White to play chess without having to memorise tons of variations. The authors focus on typical positions and methods of handling them, which is essential for the Gligoric System.