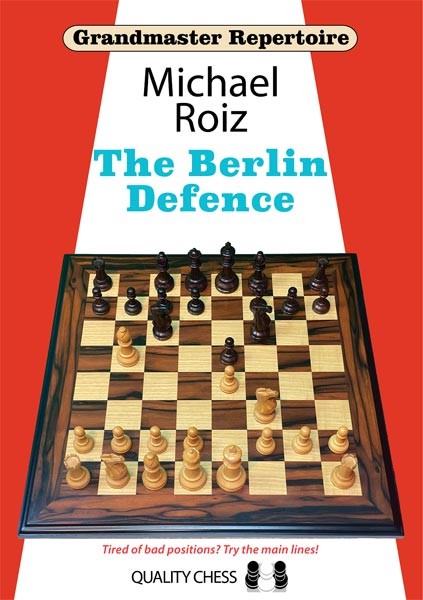 Every player who meets 1.e4 with 1...e5 needs a reliable response to the Ruy Lopez, and The Berlin Defence is an ideal solution. Ever since Vladimir Kramnik used the Berlin to shut down Garry Kasparov’s best efforts in their 2000 World Championship match, practically all of the world’s top players have successfully incorporated the “Berlin Wall” into their repertoires.

Grandmaster Michael Roiz reached the top 40 in the world. He has won Olympiad Team Silver for Israel, as well as many tournaments over the years. In recent years he has focused more on seconding elite grandmasters in top tournaments such as the Candidates and so far one World Championship match. The author can be contacted via chessbasic.com.