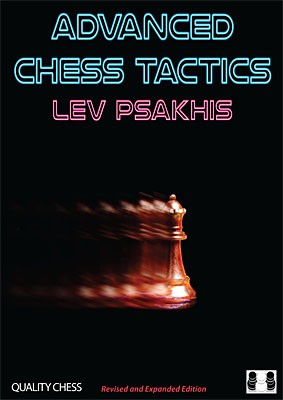 A mastery of tactics is essential to a competitive chess player, and the original Advanced Chess Tactics became an instant classic in this field. “This book is absolutely superb. For serious players... this volume will provide a wonderful breadth of study material and act as a workbook to advance your skills and understanding of this important topic...” was Carsten Hansen’s comment when awarding the book 6/6 stars.

This new edition benefits from various analytical tweaks, plus an entirely new chapter dedicated to attacking in the French Defence, an opening which the author knows better than almost anyone, having played it for most of his career. Readers are sure to find this an invaluable addition to the original chapters, which remain usefully categorized by opening or common pawn structure.

Lev Psakhis is a legendary Grandmaster who twice won the immensely strong Soviet Championship before moving to Israel, where he has also been national champion twice. A renowned coach, he has worked with many famous players including Garry Kasparov and the Polgar sisters.