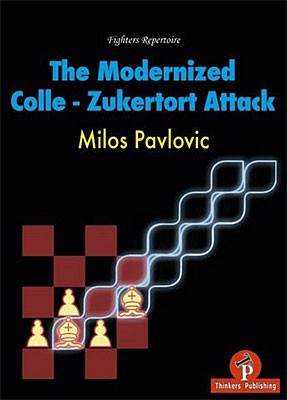 The Colle-Zukertort is a deep independent opening in its own right, but is also very flexible. Transpositions to the Queen´s Indian or Slav are often possible. The simplicity of placing the bishop on d3, a knight on e5 and following up with f4 and Rf3 with checkmating prospects is very tempting. Underneath it all though, it is way more than that simplified idea.
It is filled with rich positional possibilities and nuances that one should be aware of. I have tried to show as many aspects as possible, pointing out exactly the relevant details and knowledge that are normally only accessible to strong positional players, such as Kramnik.

This opening is for fans of classical chess. I wanted to present chess in the "old" style, before players had access to engines to help them with their play and understanding. Before engines, players such as Colle and Zukertort created and innovated to such an extent that we still use their ideas today. I wanted to use this approach, to remind readers that this style of chess still exists.