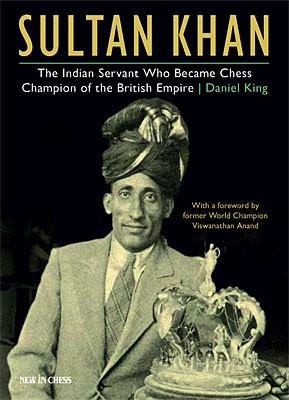 Hardly anyone paid attention when Sultan Khan arrived in London on April 26, 1929. He came from a village in the Punjab and spoke little English. He had learned the rules of Western chess only three years earlier, yet within a few months he created a sensation by becoming the British Empire champion.

He was taken to England by Sir Umar Hayat Khan, an Indian nobleman and politician who used Sultan Khan’s successes to promote his own interests in the turbulent years before India gained independence.

Sultan Khan remained in Europe for the best part of five years, competing with the leading chess players of the era, including World Champion Alexander Alekhine and former World Champion Jose Raoul Capablanca. His unorthodox style often stunned his opponents, as Daniel King explains in his examination of the key games and tournaments in Khan’s career.

Daniel King has uncovered a wealth of new facts about Khan, as well as dozens of previously unknown games. For the first time he tells the full story of how Khan, a Muslim outsider, was received in Europe, of his successes in the chess world and his return to obscurity after his departure for India in 1933.