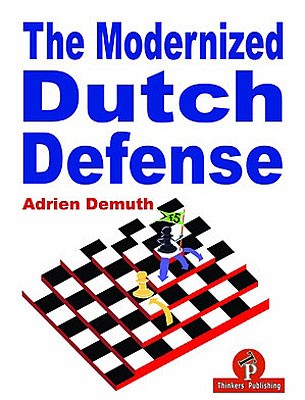 Finding the right opening against 1.d4 has always been a difficult task. Keeping the balance between a solid position and having decent winning chances is very difficult. If you have experienced this problem, have you ever tried the Leningrad Variation of the Dutch Defense? When you play 1…f5, your opponent understands that you are not afraid and are out to win the game. Some White players like this, since they will also get more winning chances, but your choice might also unsettle many others.

For a long time, my trainers used to tell me that the Dutch Defense was quite dubious, and that there were many good ways to meet it and get an advantage with White. In fact the Dutch had a bad reputation in general, so they succeeded in convincing me for a while. But around 2013, some very strong players started to use it regularly; some of Kamsky’s games were very impressive and even the World Champion, Magnus Carlsen, started to employ the opening occasionally. Most of the time when the Dutch appeared in top level games, Black’s intention was to follow with an early …g6, leading to the Leningrad Variation, probably the sharpest version of the opening! Now many strong grandmasters employ the Leningrad Variation from time to time.

Throughout the book I have tried not only to look for variations where there is always life and winning chances for Black, but also to offer decent continuations, not just say that ‘Black has counterplay’, when he might clearly be worse, which is the case in some books. The work presented here is designed for every player willing to improve his or her general understanding of the Dutch Defense, especially of the Leningrad Variation, with both colors. It provides a full repertoire for Black not only against 1.d4, but also against 1.c4 and 1.Nf3. I believe that the material offered here can help players from club level to GM level, and I hope you will enjoy reading it as much I did writing it!