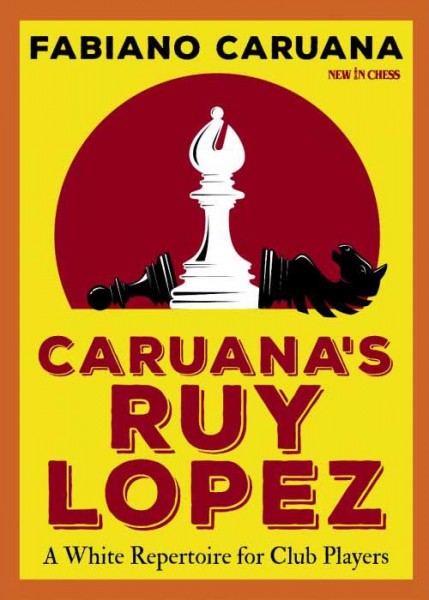 The Ruy Lopez is arguably the most classic of chess openings. White immediately starts the battle for the centre, fighting for the initiative. This strategic clarity has made the Ruy Lopez, or Spanish Opening, an eternal favourite with chess players at all levels. Inevitably, this popularity has also led to a wealth of opening theory.

In this book, Fabiano Caruana takes you by the hand and lays out a complete and practical White repertoire for club players. He avoids complicated chaotic lines, but doesn’t shy away from sharp battles. Caruana loves to find and use the tactics to punish Black for risky choices.

This one-volume and crystal-clear repertoire covers fifteen main variations, from the classical lines to the anti-Marshall (8.a4), and from the Schliemann (3…f5) to the Modern Steinitz. In an easy-to-grasp manner Caruana explains general characteristics, such as permanent weaknesses long-term goals, and is always looking for an advantage for White.

The insights of the World #2 in this classic opening, will not only greatly improve your results in the Ruy Lopez, but also sharpen your general chess knowledge. Inspired by Caruana’s ChessBase Series Navigating the Ruy Lopez.

Fabiano Caruana became a grandmaster at the age of 14. Ever since his majestic tournament win at the 2014 Sinquefield Cup, he has been the undisputed #2 in the Chess world. In 2018 he earned the right to challenge Magnus Carlsen in a match for the World Championship and only narrowly lost in the play-off.