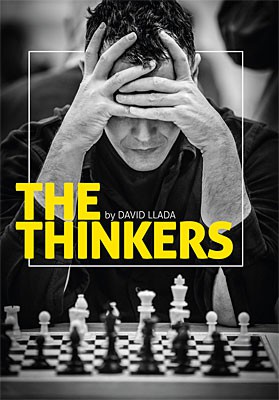 Beschreibung Bewertungen 0
Beschreibung
The Thinkers is a visual tribute to the game of chess, showcasing the emotions, exertions and... mehr
Menü schließen
Produktinformationen "Llada, The Thinkers"

The Thinkers is a visual tribute to the game of chess, showcasing the emotions, exertions and desires of the players, and conveying the mental intensity only chess can command. Included are some of the most iconic portraits of today s stars, as well as emotive shots of ordinary players from all over the world, with photos taken over the last five years in venues such as Mombasa, London, Chennai, Las Vegas, Baku and Sao Paulo.

Llada s photographs capture the full richness and drama of the game, making this the most visually stunning book ever devoted to chess.

David Llada (born in Spain in 1978) has always been connected to the chess world, first as a professional chess journalist, publishing his contributions in all the world s major chess magazines. In recent times he has earned a reputation as the chess photographer, working as Official Photographer at the three most recent Olympiads.