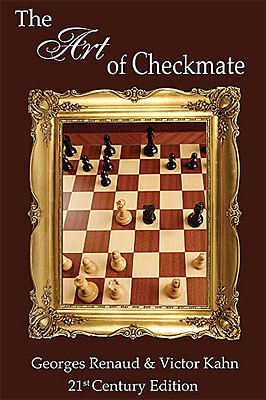 In the early 1950s, two former French champions authored a book that clearly and quite comprehensively explained the basic mating patterns in chess. The Art of Checkmate by Georges Renaud and Victor Kahn was destined to be hailed as one of the most instructive chess books ever written.

The basic elements of dozens of mating patterns are explored. Each is supported by simple, easy-to-understand examples, with additional exercises offered to help the student master this most important core concept Checkmate.

In this new 21st-Century Edition, the antiquated English descriptive chess notation has been replaced by modern algebraic notation. Otherwise, it has remained true to its roots.

Find out why both instructors and students have for decades considered 'The Art of Checkmate' as one of the most illuminating and helpful chess books ever written.