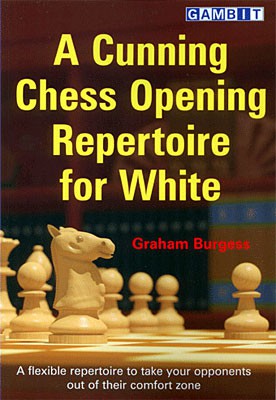 In this book, highly experienced chess opening writer Graham Burgess presents a repertoire based on 1 d4 and Nf3 with precisely those aims. Black's possibilities for counterplay - and sharp gambit play - are kept to a minimum. Our aim is to give Black exactly the type of position he doesn't want. If he is seeking blocked positions with pawn-chains, we'll keep the game fluid. If he wants complex strategy, we'll attack him with simple piece-play. Simplifications No thanks, we'll keep the pieces on and intensify the battle. Gambits Hardly, as we simply prevent most of them!

The main cornerstones of the repertoire are carefully chosen Queen's Gambit lines, the Torre Attack (vs ...e6), and a variety of fianchetto options against the King's Indian and related set-ups. White's position is kept highly flexible, with many possible transpositions to a wide variety of systems that the reader can use to extend and vary the repertoire. The book features a wealth of new ideas and original analysis.

FIDE Master Graham Burgess is Gambit's Editorial Director, and one of the founders of the company. He holds the world record for marathon blitz chess playing, and lives in Minnesota. This is his 23rd chess book.