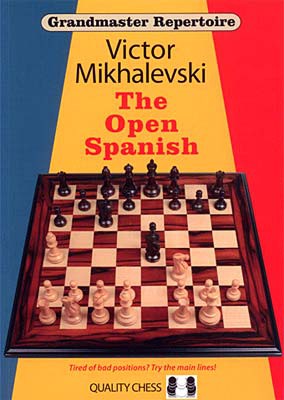 Grandmaster Repertoire 13 The Open Spanish provides a complete repertoire for Black after 1.e4 e5 2.Nf3 Nc6 3.Bb5 a6 4.Ba4 Nf6, based on the Open Variation which occurs after 5.0 0 Nxe4. Black s system is built on the principles of fast and active development, and fighting for the initiative whenever the opportunity arises.

Victor Mikhalevski is an Israeli grandmaster with a peak rating of 2632. He has represented Israel at Olympiads and other major team events, and has won many international tournaments. He is renowned as one of the world s foremost opening experts.