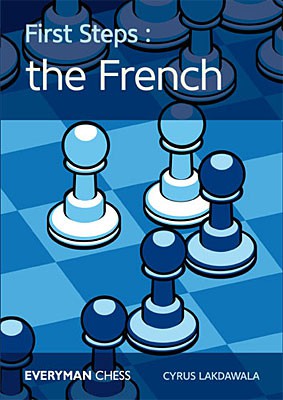 With the first two moves, Black creates a solid foundation in the centre and seeks to put pressure on White s position in the early middlegame.

In this book, International Master Cyrus Lakdawala explains the basic ideas in the French and examines the important variations.

The key ideas are emphasized with notes, tips and warnings and the reader s understanding is tested with frequent exercises.

This book tells you everything you need to know in order to take your first steps with the French Defence.

Cyrus Lakdawala is an International Master, a former National Open and American Open Champion, and a six-time State Champion. He has been teaching chess for over 30 years, and coaches some of the top junior players in the US.

First Steps is a new opening series and is ideal for improving players who want simple and straightforward explanations. First Steps emphasizes:

the basic principles
the basic strategies
the key tricks and traps