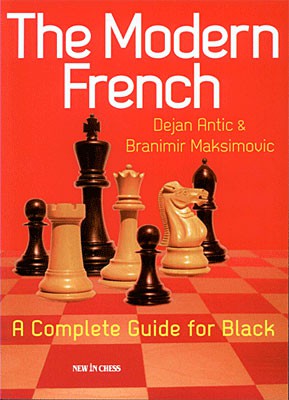 In their long practice as chess professionals Grandmaster Dejan Antic and International Master Branimir Maksimovic have developed many unconventional ideas in the French. Now they have teamed up to present their findings in a complete and up-to-date guide for players of all levels.

The Modern French will give you a better understanding of the subtleties of this ever popular opening, while showing you how it can be used as a fighting weapon for Black.

Dejan Antic is a grandmaster who was born in Serbia. He now lives and works as a trainer in Kavala, Greece. He has won many tournaments in his career, and has written a range of opening articles in Chess Informant and the New In Chess Yearbooks.

International Master Branimir Maksimovic was also born in Serbia. He has worked as a chess coach for 30 years. Maksimovic has played the French Defence all his life and has gained a reputation as an expert in the opening.

Your French Repertoire in a Bird s-Eye View