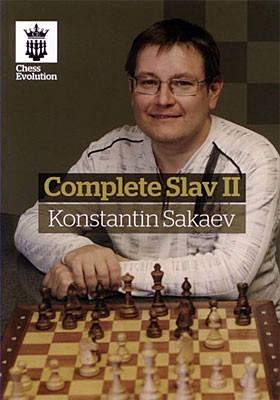 Covid 19 - Versand geht weiter
Infolge des erneuten Lockdowns machen wir derzeit keinen Lagerverkauf vor Ort. Der Versand Ihrer Bestellungen geht aber normal weiter.
Beschreibung Bewertungen 0
Beschreibung
The second part of the Complete Slav contains all systems that were not presented In the first... mehr
Menü schließen
Produktinformationen "Sakaev, Complete Slav 2"
The second part of the Complete Slav contains all systems that were not presented In the first part, namely a popular variation 3. Sf3 Sf6 4. Sc3 dxc4 and also all systems after 4...e6. Not to mention the possibilities such as 5. g3 or 5. Db3, I have presented lines after 5. e3 Sbd7 for starters Meran (6. Ld3 dxc4 7.Lxc4 b5) and Anti-Meran (6. Dc2 Ld6) lines.
Also the variations rising after 5. Lg5 are examined deeply, namely Moscow (5... h6 Lxf6) and Anti-Moscow (5... h6 Lh4) variations as well as Botvinnik system 5... dxc4.
A possibility to cover such a multitude of systems in only one book (it was possible to create even 5 tomes) occurred only because I have tried to shorten the lines almost to the bare minimum.
There are plenty of openings books in where not the most important lines are covered this leads to a creation of plenty unnecessary variations the book starts to be `wishy-washy´. In such situations I have decided to only describe why this or other move does not deserve to be examined deeply. Thanks to such a way of thinking this elaboration did not lose its quality and in my opinion it is even easier to find a relevant recommendation.
All of presented variations are analyzed on the same level as those described in the first part of whole elaboration.

The book covers the state of the theory for July 2013.