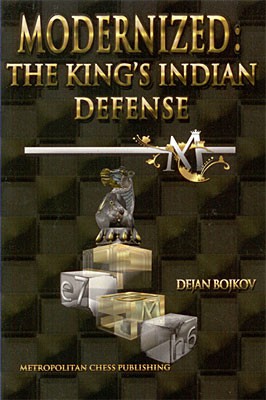 Having played it from his youth after reading Bronstein's great book on the Zurich 1953 International Tournament, his love for the Kings Indian Defense is on display throughout this volume, which is filled with creative ideas and strategies, tactics, and especially those shocking shots characteristic of the King's Indian.

The lines Bojkov recommends to you often involve giving up the center with ...e5xd4 and then using ...c7-c6 and eventually ...d6-d5 to break it all open at the right moment.

This book not only contains many new ideas and novelties, but will significantly increase your understanding of the KID! With lots of exercises to test your growing skills.

The variations covered are: