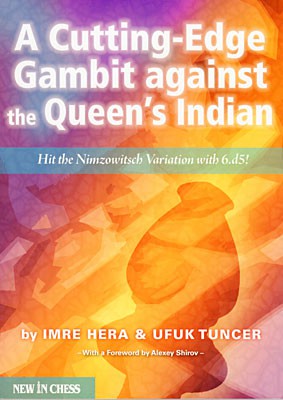 Hungarian grandmaster Imre Hera and Turkish FIDE master Ufuk Tuncer have charted this topical line and analysed it deeply. They give a clear overview of the history of the line and have thoroughly investigated all Black s answers in separate parts and chapters. The deep and often spectacular variations are illuminated by instructive and entertaining prose.

A Cutting-Edge Gambit against the Queen s Indian aims to provide a repertoire for the white player, but anyone who plays the line with black is also well advised to study this work carefully! It presents countless brilliant resources and eye-catching novelties.

Imre Hera became a chess grandmaster in 2007 and has won many tournaments in classical and rapid play. He is a successful player in team championships throughout Europe.

Ufuk Tuncer is a Turkish FIDE master who lives in Germany. He is an active player and a well-known opening theoretician who has written highly topical Surveys for New In Chess Yearbooks.