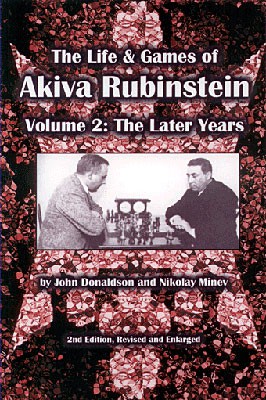 This greatly enlarged second edition chronicles the second half (1921-1961) of the Polish grandmaster s life. Dozens of archival photographs, photographs and approximately 40% more material finish off this splendid work, completing the journey begun in volume 1.

International Master John Donaldson is one of America's most popular chess authors. His most recent release is the second edition of "A Legend on the Road", about Bobby Fischer's 1964 transatlantic exhibition tour.

International Master and three-time champion of Bulgaria Nikolay Minev is well-known for his books and articles, although his most recent work,"A Practical Guide to Rook Endgames", has been well received by chessplayers worldwide.