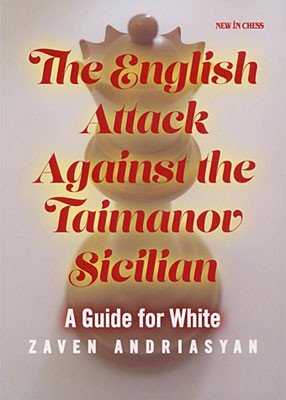 Against this variation, the ever popular English Attack has long been considered harmless, until in recent years some remarkable improvements were found for White. By castling queenside White creates exciting positions in which he has a dangerous initiative.

Armenian grandmaster Zaven Andriasyan has thoroughly and systematically investigated this unexplored chess opening territory. He unveils the structures behind the various lines and explains the plans and counterplans.

Andriasyan also presents a wealth of highly interesting new ideas and novelties, and provides the reader with 50 exercises.

Amateur chess players will find the English Attack to be an easy-to-grasp and dangerous weapon. Players at (grand-)master level will be delighted by the amount of valuable new information they will find.


Zaven Andriasyan (1989) was both European under-18 and World under-20 chess champion in 2006. He is currently one of the strongest grandmasters in Armenia. He is the author of the bestselling 'Winning with the Najdorf Sicilian' (2013).