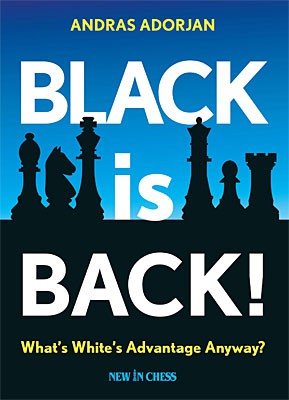 With his iconoclastic Black is OK books, Andras Adorjan has consistently been fighting this negative mindset. In Black is Back!, the Hungarian grandmaster continues his crusade.

Adorjan shows that White s advantage is far from obvious and that winning with Black starts with having the right attitude.

In this book, his Swan Song', Adorjan takes stock. He presents a wealth of Black wins from his own long career and from great players he has worked with. Their creative play proves that Black can often turn the tables.

Surprising statistics and instructive examples from modern-day chess will encourage even the most defensively minded players to look for hidden opportunities.

This book will convince both club players and professionals that there is no reason to be afraid when playing Black. Instead they will start looking for creative solutions and beat White more often.