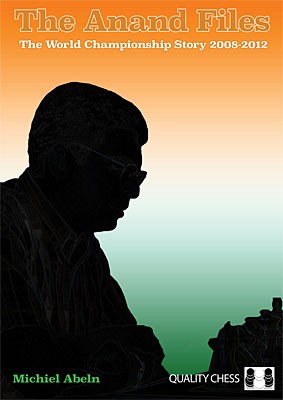 The Anand Files offers a detailed insight into the strategies Viswanathan Anand used to win three World Championship matches in a row. It takes the reader behind the scenes to show the inner workings of Team Anand, including pre-game planning and preparing opening novelties, some of which have yet to be used.

Meticulously researched over several years, during which the author conducted numerous interviews with members of Team Anand, this book follows Anand and his team of seconds for his dramatic matches against Kramnik, Topalov and Gelfand. The reader will gain a deep understanding of how top chess players work on their game and deal with the stress of elite competition. Over a hundred colour photographs illustrate the story.

Michiel Abeln is a FIDE Master from the Netherlands with extensive experience as a chess trainer and as a leadership coach in the corporate world.

From the Foreword by Viswanathan Anand:
“I love this book. The level of detail is fabulous, and as I read it I felt I was reliving the entire five-year period during which these three matches happened... This is the definitive book on those three matches.”