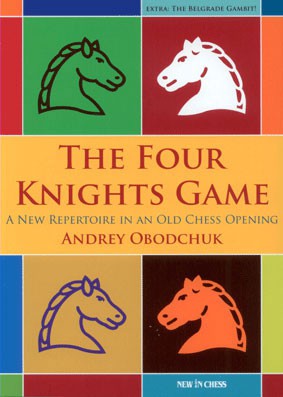 In recent years leading grandmasters such as Alexey Shirov and Emil Sutovsky have injected the Four Knights with numerous fresh ideas and changed its peaceful reputation.

White has quite a few ways to create tension and play for the attack. Russian International Master Andrey Obodchuk has written a repertoire book for white players based on the Spanish Four Knights variation (starting with 4.Bb5).

Covering a range of positional themes as well as sharp and amazing adventures, Obodchuk has created an easy-to-handle toolbox for amateur chess players of intermediate level, as well as a challenging exposition for stronger players.

Andrey Obodchuk is an International Master from Khanty-Mansiysk, Russia. He writes for international chess publications and works as a coach. He was the IPCA (physically disabled) World Chess Champion in 2010 and prolonged this title in 2011.